Blockchain and Regulatory Disclosure: What Does It All Mean?

Blockchain garners a great deal of attention these days. But the underpinning technology is often seen, amid all the hype, as being restricted to cryptocurrencies such as bitcoin. There’s much more to blockchain than that. Its uses will fundamentally change the nature of many operational processes, including regulatory disclosure for companies and regulators alike. 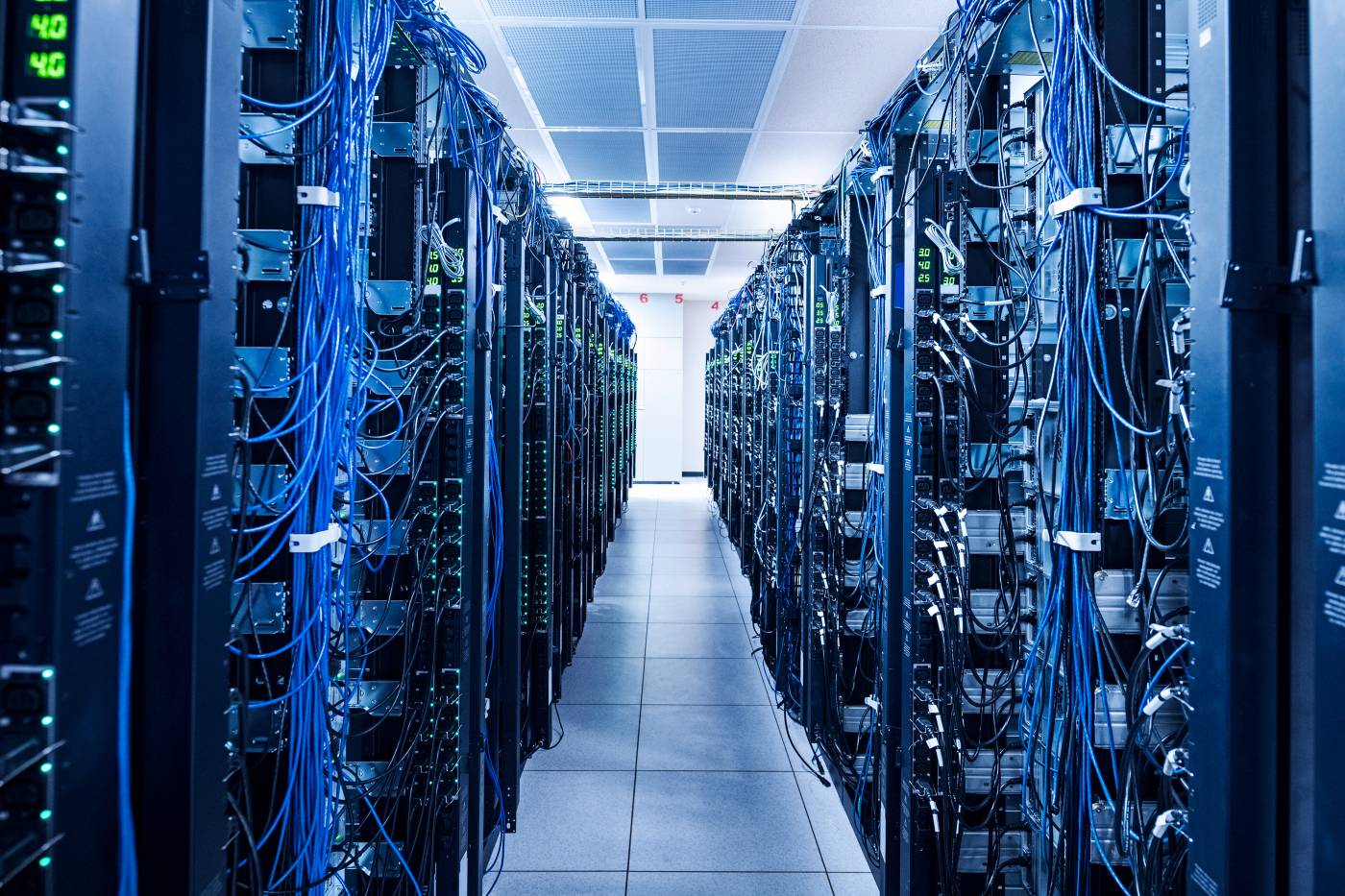 Blockchain — often discussed, rarely defined — is nothing less than a game changer when it comes to regulatory disclosures. Its power stems from its disruptive ability to bring efficiencies to traditional, fragmented filing disclosure, among a wide variety of other uses. It can streamline operational processes, for instance, by improving the speed and quality of disclosures.

So what does it mean for companies trying to manage multiple layers of regulatory disclosures?

What’s with all the hype?

There’s a lot of hype around blockchain, no question about it.

Hype and uncertainty, it should be noted, are often connected to cryptocurrencies such as bitcoin, perhaps the best-known — but far from only — use of blockchain technology.

Regulators are paying very close attention to blockchain technology. On June 4, 2018, the SEC named Valerie A. Szczepanik as associate director of the Division of Corporation Finance and senior adviser for Digital Assets and Innovation. In her newly created advisory position, Ms. Szczepanik “will coordinate efforts across all SEC Divisions and Offices regarding the application of U.S. securities laws to emerging digital asset technologies and innovations.”

So, what exactly is blockchain? And what are its uses beyond cryptocurrency?

Blockchain works as a huge, decentralized ledger of transactions. The ledger is verified and shared by a global network of computers, meaning that a transaction can only be recorded by a consensus among a majority of the participants in that network. Each event within blockchain occurs when parties agree to e-sign a transaction. And once recorded, the transaction can never be erased. It is immutable.

In short, blockchain is a very fast and tamper-proof way for parties to trade with each other without the need for a central authority.

Blockchain technology offers financial services companies several opportunities to cut costs and provide real-time services. Overhauling existing infrastructures within these firms can speed up settlements by allowing consumers and suppliers to connect directly via online networks, eliminating the need for “middlemen” intermediaries in ways that could save billions of dollars for end consumers and companies. As well, the secure distributed ledger could be used to store validated “know your client” data.

It’s clear, then, that blockchain can have many applications within compliance, particularly as companies try to keep pace with a dynamic regulatory environment that demands more — and more structured — data disclosures to regulators.

Analog solutions won’t work in today’s digital world. A 10b5-1 filing, for example, is often cumbersome and paper-based. When done on blockchain, though, filings from such trades are streamlined. Blockchain has the potential to change almost everything in terms of regulatory disclosure.

“Public companies these days have a vast, and often growing, scope of regulatory disclosure requirements,” says Eric Johnson, DFIN’s president of Global Investment Markets. “Yet their internal processes to handle those requirements are often based on legacy systems that strain to keep up. Analog solutions won’t work in today’s digital world. A 10b5-1 filing, for example, is often cumbersome and paper-based. When done on blockchain, though, filings from such trades are streamlined. Blockchain has the potential to change almost everything in terms of regulatory disclosure.”

While the use of paper in the financial industry has started to fade with straight-through processing, this only streamlines the workflow from point of trade to point of settlement. Everything before and after has been left behind, often warehoused remotely. In today’s stricter regulatory environment, this has serious consequences — financial, legal and human.

Imagine an employee owns options for company XYZ. This is documented in a PDF saved on his home laptop. He moves on to another company. When the old company is sold, he and his family may be left in the dark as to the valuation and timing of those options. Now they have to rely on someone at XYZ to follow up. Alternatively, XYZ may have to hire a firm specializing in unclaimed assets, because if XYZ doesn’t reconcile in a timely manner, they incur a liability. It can be messy, time-consuming and expensive.

In this case, blockchain technology would provide an immutable record of the options and the history of any trading related to them. This helps ensure that the former employee receives money in a timely fashion, and makes it easier for XYZ to demonstrate their regulatory disclosures, with data they share made available in near-real time.

This is at the heart of what makes blockchain so revolutionary. In a world where we rely on paper trails because databases can be altered with a few keystrokes, blockchain creates trust.

But we aren’t there yet.

Companies have to build these blockchain processes. And as it stands, regulators are often ill-equipped to handle the scale and scope of the data sets they receive. This can affect their ability to properly and promptly assess risks within the reams of disclosure data that they are requesting.

Yet, as an article in Bloomberg’s Big Law Business recently pointed out, every step of disclosure would be traceable on blockchain, meaning regulators could better manage the in-flow process once they link to blockchain.

According to the Bloomberg article: “Having access to one shared permanent record would eliminate the need for regulators and firms to maintain their own private records, resulting in significant industry-wide cost savings...It would also improve the speed and quality of the regulatory review process as it would eliminate the need for reconciliation.”

By extension, the corporate embrace of blockchain will lead to industry-wide efficiencies. Research suggests that those blockchain-related efficiencies will be substantial. A report by Bain & Company, for instance, says that annual cost and capital savings could amount to 1 to 3 basis points of total global assets under management, or about $15 billion to $35 billion.

So how do companies like these take that blockchain journey?

Stepping back and objectively reviewing their disclosure processes can help them move forward with confidence. For instance: Of all their workstreams, which ones are still done on paper? Which processes are ripe for blockchain? And who in the firm will take responsibility for blockchain design, implementation and ongoing assessments?

DFIN recently created a blockchain checklist for our clients that asks these and other questions of companies that are starting out on blockchain journey. They can use this checklist as a guide to understanding the many roles that blockchain could play in automating their disclosure processes.

Blockchain, by definition and by design, links multiple players. So, as any one company refines its own blockchain processes, they are doing so at a time when their competitors — and regulators — are also embracing blockchain in some capacity.

Companies aren’t taking those steps in isolation. Far from it. Blockchain, by definition and by design, links multiple players. So, as any one company refines its own blockchain processes, they are doing so at a time when their competitors — and regulators — are also embracing blockchain in some capacity.

Ritchie Etwaru, founder and CEO of Hu-manity, likens the broad move to adopting blockchain as one that has to be based in trust as much as technology. “Transformational blockchain-use cases require a network of trading partners to start to operate in a more trusted and transparent way, not just one individual.”

It’s important to keep in mind that blockchain and its various uses are all still evolving.

That said, tremendous opportunities are found in the fluidity and promise of blockchain’s evolution. That’s one of the reasons why DFIN recently announced our partnership with LedgerDomain — namely, to work together to deliver the security and power of blockchain to our clients.

“Disclosure today is all about the move to digital,” said Johnson. “Disclosure tomorrow — as things continue to evolve — will be all about blockchain-based disclosure.”

A Checklist for Establishing Blockchain Projects and Pilots

Blockchain: A Realistic Approach to Implementation and Results