There are no two ways about it, data privacy and cybersecurity are table stakes. From phishing emails to cloud technology, GDPR and the best way to secure your personal device, this episode is your guide through the world of cybersecurity today.

Tune in to hear Dannie Combs, chief information security officer at DFIN, spill the tea about his experience in the U.S. Military, going to one of the first DEF CON Hacking Conferences in 1995, securing the cloud, and so much more.

[Nataly] Welcome to Episode 2 of Shaping Global Markets. I'm your host Nataly Arber. If you're just tuning in, this is a series focused on key topics in the regulatory and financial technology space. Every episode, I'll be joined by industry experts, and we will try to answer some of the most asked questions. And we would truly love to hear from you about topics you want us to cover as well. So please, subscribe, leave a comment, or follow us on Twitter @DFINsolutions.

Welcome Dannie! I'm so excited to have you here today to talk to us in Chicago, on this brisk morning.

[Dannie] Thank you for having me.

[Nataly] Absolutely! So, before we dive into some of the bigger topics that we'll talk about that affect our industry, I wanted to take a step back and find out a little bit about your career trajectory, which ultimately led you to this senior position at DFIN. You have an impressive history beginning in the Air Force, where you earned two Air Force Commendation medals and five Air Force achievement medals. So, first, thank you for your service! But, also, I'd like you to just tell us a little bit about your experience in the military and how that influenced your interests in career.

"It is surprising to so many when I share with them statistics around the effectiveness of phishing. While the sophisticated technology, that's brought to bear every day to compromised organizations, is very effective, it is not as effective as the human factor has been of late."

[Dannie] Absolutely. First, thank you for the fantastic introduction there! So, I did spend eight years in the U.S. Air Force. I was very fortunate, primarily because of the era to which I joined. Back in 1993, technology was really just taking hold in corporate America, coming out of the basements of government facilities and universities, as did security. Secondly, relative to the opportunities that that provided, I'll give two examples.

I remember going to my first DEF CON conference in 1995, and DEF CON if you're not familiar, it's a very infamous hacker slash security researcher conference that's held every year in Las Vegas, Nevada. There were probably 150 people that attended that conference. It was fantastic because we would share outcomes of our research, we’d share tools and scripts, and things that we had developed. We would learn more about the latest trends of attack techniques and motivations, and, etc. Not to mention interact with, interestingly, your adversaries. Last year, or this past August I should say, there were 30,000 people that attended. 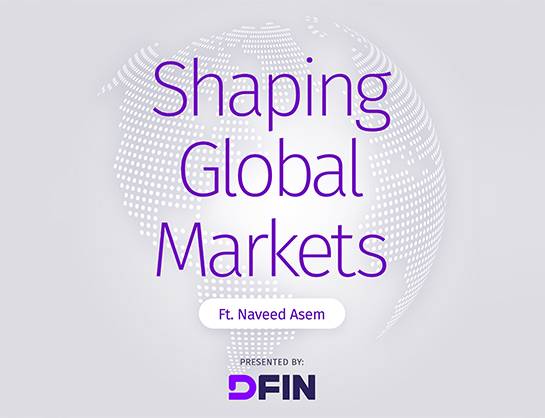