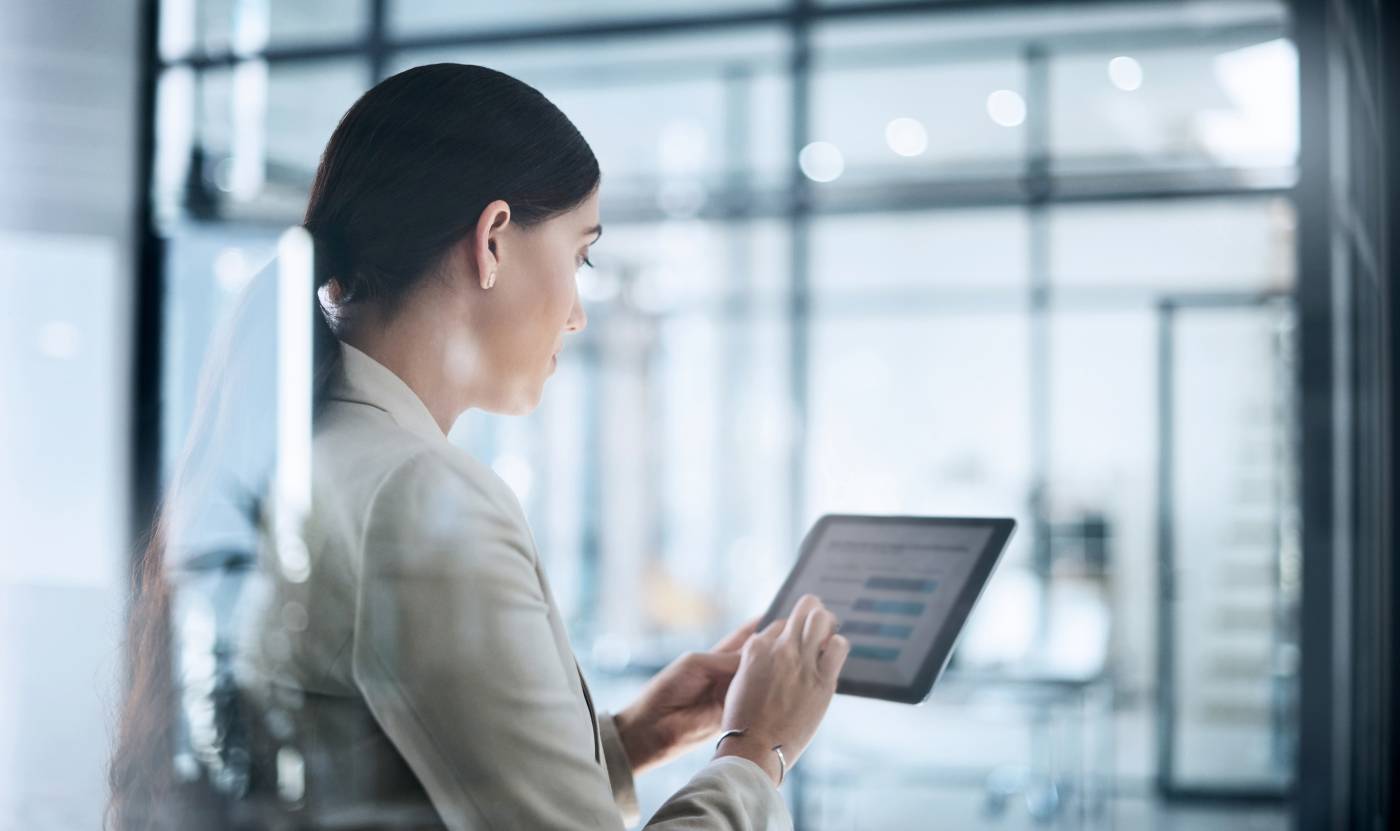 The application of AI in corporate reporting is expected to transform filing, bringing greater transparency and consistency. New developments in intelligent, distributed computing, such as advancements in machine learning, are proving to be an exciting strategic possibility. But before any of that can happen, an issue that has long been problematic for companies must be addressed: the quality of information used in financial disclosures. We examine why a long-awaited decision by the SEC to adopt iXBRL for financial statements marks a significant step forward in efforts to improve data accuracy and establishes a clear roadmap to a data-rich future.

One of the most important languages in business is never spoken. In use for the past decade or so, the eXtensible Business Reporting Language, or XBRL, is an established global standard for exchanging corporate information in a machine-readable format. It’s now required for filings submitted to many financial regulatory agencies, and exhibits using the format are made available to analysts and investors.

Less known, perhaps, is that XBRL always had the latent potential to extend its usefulness.

As a variant of the eXtensible Markup Language, which, along with Hypertext Markup Language, was designed for use across the internet, XBRL could take advantage of XML’s purpose-built emphasis on simplicity and generality. Those attributes provide a foundation for encoding documents in a way that is both human-readable and machine-readable.

Increasingly, that potential is seeing light through the adoption of iXBRL. It combines inline XBRL tagging for machine readability with HTML for presentation on the web, thereby eliminating the need for statements in different formats.

Preparing those separate statements can be a time-consuming and error-prone process. With iXBRL, statements can be merged into a single filing, which offers the prospect of time savings. Also, through streamlined reporting, better quality is a likely outcome — a result that should drive consumption of the data by the analyst and investor communities, and even the media and retail investors. Plus, companies can rely on data from their competitors to make critical decisions.

Simplified viewing of filings is just one advantage. Providing the underlying data tagging and the HTML in one viewer session creates greater transparency for the market and the SEC. Anyone browsing an iXBRL submission sees the tags, and can readily identify missing tags and data or an over-reliance on custom tags. Such issues are front and center, allowing preparers to focus on improving the quality and usefulness of the data. For its part, the SEC posted a sample Form 10-Q on its website to demonstrate how regulators, investors and analysts might interact with highlighted portions of a statement while using a regular web browser.

DFIN was an early adopter of iXBRL, filing our own reports using the format with the SEC at the outset of the voluntary program. This established a level of readiness that has enabled us to support our clients in their successful transitions to iXBRL.

Indeed, the SEC has shown a keen interest in such a concept for some time. As part of its ongoing efforts to modernize, the regulator began testing iXBRL last year under a pilot program that saw more than 500 voluntary filings. (DFIN was an early adopter of iXBRL, filing our own reports using the format with the SEC at the outset of the voluntary program. This established a level of readiness that has enabled us to support our clients in their successful transitions to iXBRL.)

In June 2018, the federal agency voted in favor of adopting the format, meaning in the future it will require the use of iXBRL for financial reports and investment fund risk/return summary information.

There are phase-in periods, of course, which vary for different operating company filers and mutual funds, as described in an SEC press release. The final rule was published in the Federal Register in mid-August, giving it an effective date of Sept. 17, 2018.

With the decision announced, organizations can now start to get ready for the transition.

In practical terms, preparing for the new standard should be relatively painless for organizations. iXBRL is, after all, simply a new output based on familiar XBRL tagging and HTML code. That said, some new software tools and practices, as well as expertise, may be required.

Grasping the broader context of the new SEC rule is another matter.

To start, the decision to adopt iXBRL signals that regulators understand the importance of a global shift away from documents in favor of data. That disruption is happening for several reasons, and it’s important to recognize just how much momentum is out there in support of the new standard.

According to XBRL International:

In addition, the European Securities and Markets Authority has announced that iXBRL will be used as the standard for mandatory IFRS-based Annual Financial Statement filings of all public companies across Europe, for reporting periods commencing on or after Jan. 1, 2020.

There are other examples, and more countries are likely to follow.

In the meantime, foreign issuers who were required to begin using the XBRL standard in 2017 when reporting to the SEC will be required to begin filing with iXBRL as early as 2021, which will further widen the scope and scale of iXBRL’s exposure.

The application of AI is set to play an even larger role in bringing greater transparency and consistency to financial disclosures.

But it’s not just a case of playing follow-the-leaders when countries embrace iXBRL. Nor is it simply about streamlining financial reporting or transitioning from document-based practices to the digital age. It’s happening for another reason too: The application of AI is set to play an even larger role in bringing greater transparency and consistency to financial disclosures.

AI is already in use by regulatory agencies, including the SEC, to search for and identify anomalies in filings and detect possibly fraudulent activities. Now it’s garnering increased attention as a solution to another issue that has frustrated regulators and investors alike: the quality and usefulness of the data within disclosures.

As alluded to already, embedding XBRL tags within an HTML page eliminates the duplicative effort and associated potential for errors in creating a standalone web page for financial statements and separate XBRL exhibits, as currently required by the SEC. There are expected time savings associated with the consolidated iXBRL approach, but a significant driving force behind the shift to iXBRL is a desire to improve overall data integrity.

That concern has multiple underlying causes, as Craig Clay, DFIN’s president of Global Capital Markets, has indicated. For one thing, he notes that CFOs and compliance managers find themselves navigating an increasingly complex landscape of regulations, making filing accuracy “more challenging than ever.”

Even so, according to Clay, there’s a lot at stake. Companies that have to refile due to errors will have their credibility and competence questioned by investors, customers and the media.

At the same time, regulators are also struggling with improving the “usefulness” of data.

The SEC, for instance, is facing that challenge whenever public companies, especially large accelerated filers, design and use their own custom extensions to the agency’s U.S. GAAP taxonomy, when a standard reporting element should reasonably be used instead. That makes it difficult for investors and others to make meaningful comparisons between companies.

Machine learning, when carefully trained to spot inconsistencies — and flag or correct them — combined with guidance that ties custom extensions to elements from the standard taxonomy, would help fill those “comparability gaps.”

But again, a lot depends on the information that is analyzed. As Scott Bauguess, deputy chief economist and deputy director of the SEC’s Division of Economic and Risk Analysis, said in a convention speech last year: “There are limits to what a clever machine learning algorithm can do with unstructured or poor-quality data.”

What’s clear from the SEC’s adoption of iXBRL is that the move to structured data and away from documents will not only continue, but is also gathering speed.

The same is true of efforts to improve data quality, an essential ingredient in applying machine learning as components of regulatory oversight and necessary for presenting more meaningful digital financial accounting information to the investing community and others.

iXBRL’s elimination of the need for reconciliation between files will increase efficiency and result in fewer errors. Embedding XBRL tags in HTML documents will provide greater transparency, comparability between statements and ease of use, as well as providing the foundation required to applying new computational techniques.

That much is known for sure. Just as obvious, although not stated in the SEC’s new rule, is this: While the shift from paper to data began at the SEC almost 25 years ago, the rate of technical and digital development is now advancing at a much faster pace.