SPACs are here to stay, but with some caution

IPO or SPAC merger? That is the question I’ve been getting from a lot of private company leaders lately. And a lot of payment and fintechs are using both methods to go public.

There’s a lot to consider, and companies are often unsure how to proceed. Some have even started down the traditional IPO route and then pivoted mid-filings. When asked, I often reply with a question of my own: “What’s most important to you?”

Let’s begin with a couple of definitions. Special Purpose Acquisition Companies, or SPACs, are shell companies formed to raise capital in an Initial Public Offering (IPO) in order to acquire a company at a later date (De-SPAC). They have been around since the 1990s and have soared in popularity in the past few years due to factors such as reputable sponsor teams, unique investment structures and the growth of private investment in the public equity (PIPE) financing market. Also, the market has developed a better understanding of the SPAC structure.

In practice, SPACs are a faster and less expensive route to going public; usually taking six to nine months versus 12-24 months for a traditional IPO. They can provide greater flexibility and autonomy, giving companies the power to negotiate the opening stock price and insert their own financial predictions in the proxy, versus those of financial analysts. With that said, financial regulators are reviewing if changes are needed to the safe harbor provision in its rules that allow companies going public through a SPAC merger to make forward-looking statements. The ability to provide projections has been a major advantage to some taking the SPAC route, so any changes could level out the two options. However, a third party could be retained to provide the forward looking assessment.

The SEC’s recent activism only serves to formalize the process. It will bring additional legitimacy to the SPAC party, not end it.

Current pros and cons. Let’s break them down:

Stability: A company's management team is able to negotiate an exact purchase price in a SPAC merger, ensuring that it doesn't leave money on the table. In a traditional IPO process, the company's share price isn't certain and valuation depends on market demand. Nevertheless, target companies involved in a SPAC merger pay a price for the certainty and the valuation they receive may be lower than the company would have received in traditional IPO. Sponsor fees add additional costs as well.

Speed: A SPAC merger is faster, helping to accelerate a company's market entry by roughly 50%. The downside is that the merged company must become a public company much quicker. Because financial reporting, SEC oversight, tax preparation, technology upgrades, cybersecurity measures, and more must be put in place quickly, unprepared companies could be left vulnerable.

Strategic Partnership: Companies can use the SPAC sponsor’s experience, and knowledge in a particular sector to hone their post-IPO strategy, as some sponsors take a board seat post-merger. The company also benefits from the capital provided by the SPAC.

2021 is already a bigger year by count and valuation than 2020's record year and the pipeline is ripe, although April saw a cooling due to the recent SEC accounting guidance for warrants. Many believe these are necessary corrections and the pace needed to be adjusted but this has led to a backlog of new issuances from many high-quality sponsors.

From private equity firms and hedge funds, as well as politicians like former Speaker of the House Paul Ryan, celebrities like pop star Ciara, and even athletes like basketball luminary Shaquille O’Neal and former New York Yankee “A-Rod” Alex Rodriquez, SPAC sponsors are adding operational expertise and some a familiar name likely to help marketing efforts. These SPACs are attracting quality companies from different industries, some using the SPAC to replace a growth equity investment by providing much needed capital. Others are looking to get out to the public market fast with flexibility and greater control.

To keep up with the demand, powerful new technologies are assisting in their success including financial reporting tools helping to streamline the SPAC formation process, as well as prepare target companies for life as a public company.

If you value an IPO process that is fast, flexible and offers greater control, a SPAC merger could represent the perfect opportunity for your business.

This article originally appeared in the May 13, 2021 issue of PaymentsSource. 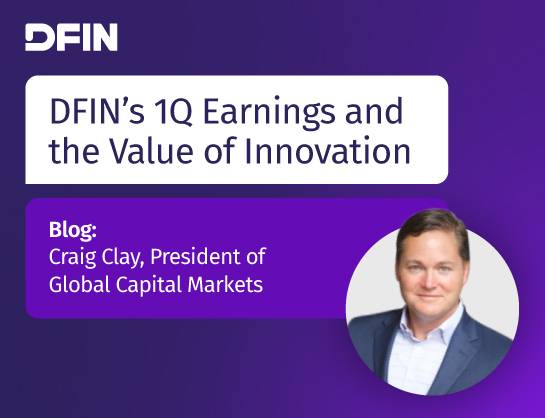 DFIN’s 1Q Earnings and the Value of Innovation 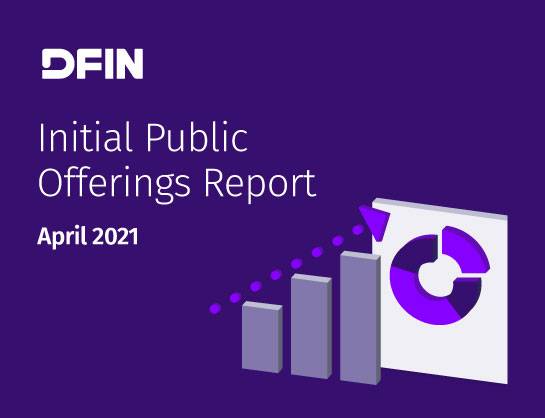 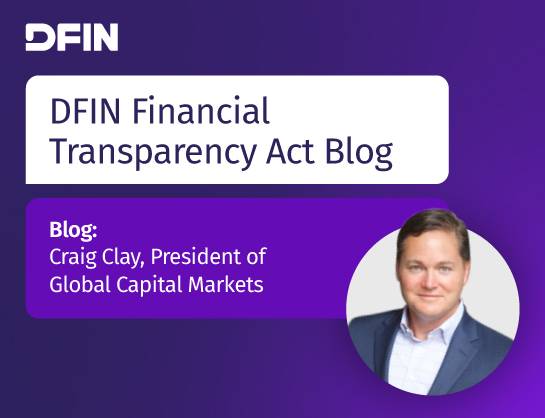